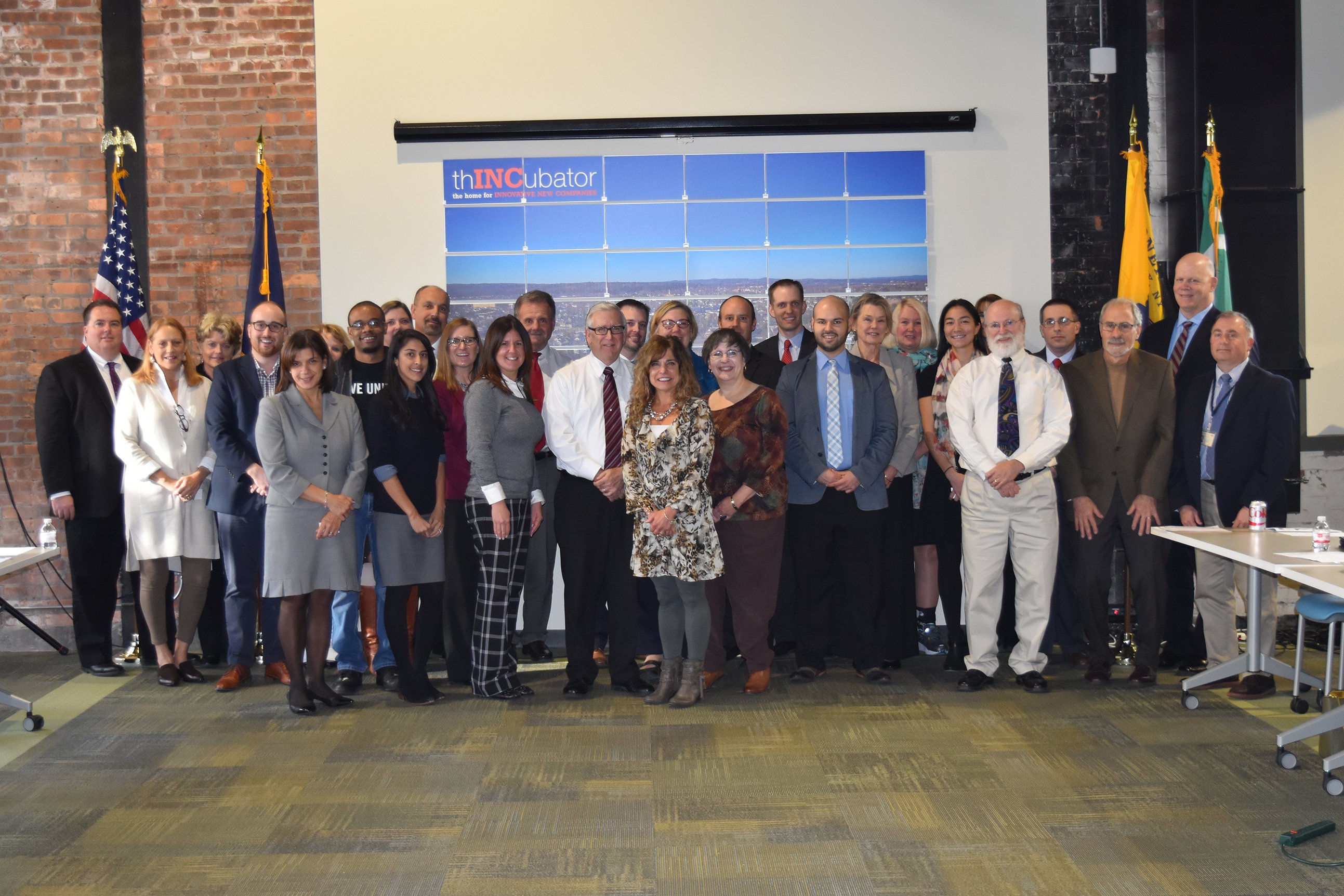 Members of the Lead-Free MV Coalition met with representatives from the Environmental Protection Agency (EPA), Department of Housing and Urban Development (HUD) and the US Attorney’s Office to discuss childhood lead poisoning prevention strategies on November 10 at thINCubator in Utica.

The meeting was coordinated by the Coalition in conjunction with Judith Enck, administrator of EPA Region 2, which covers New York, New Jersey, Puerto Rico, the US Virgin Islands, and eight Tribal Nations. More than 25 Coalition members were present, as well as 10 representatives from the federal agencies.

Each agency shared insight and advice on this nationwide issue, ranging from enforcement mechanisms to federal programming and funding opportunities. Coalition members also presented on local progress to address the issue, including the creation of the Lead-Free MV Coalition in early 2016.

“Being invited to participate in a meeting with the EPA, HUD and the US Attorney’s Office is a testament to our Coalition’s dedication and work to eliminate childhood lead poisoning in Herkimer and Oneida counties,” said Alicia Dicks, president/CEO of The Community Foundation. “The Lead-Free MV Coalition is a prime example of what can be accomplished by bringing together like-minded partners with a single goal. We are better able to leverage local, statewide and federal partnerships and resources to make homes in our community safer for children and families.”

Photo Caption: Members of the Lead-Free MV Coalition with representatives from the Environmental Protection Agency (EPA), Department of Housing and Urban Development (HUD) and the US Attorney’s Office on November 10 at thINCubator in Utica.