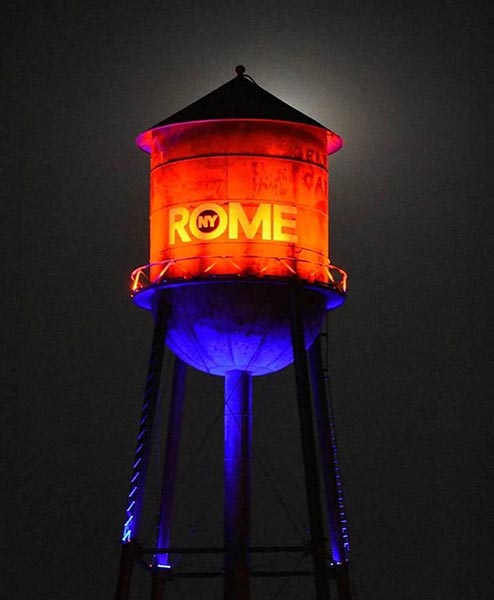 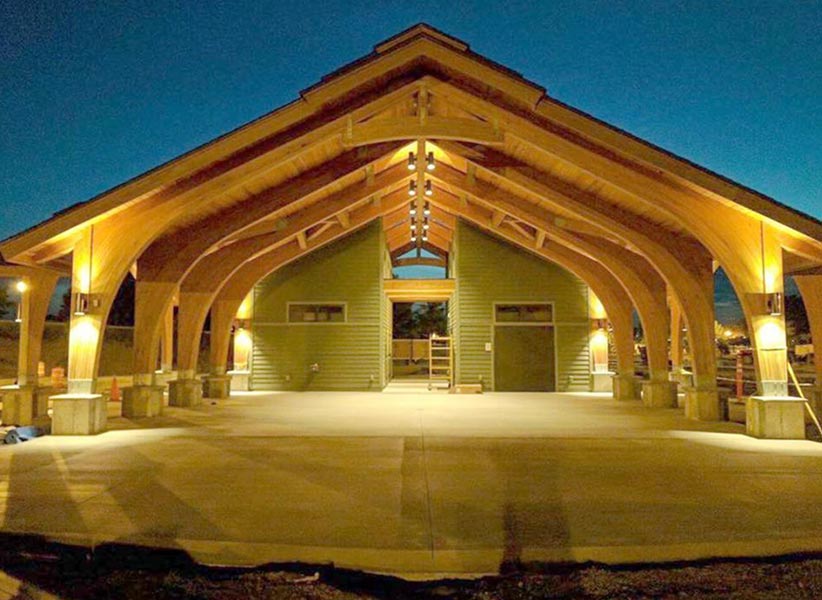 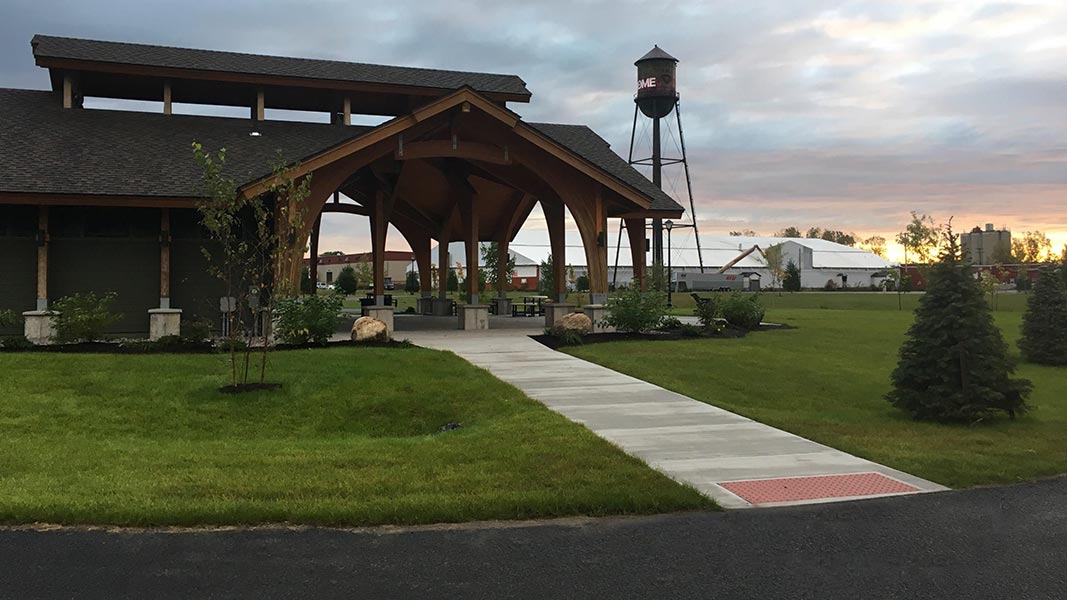 A display of celebratory hues visible from East Dominick Street, the Barge Canal and multiple points throughout the city brightens Rome’s skyline. The tower’s lights are programmed to change color schemes to coordinate with the seasons and special events.

In 2017, New York’s iconic Erie Canal celebrated its 200th anniversary with celebrations across the state, including Rome—a city with a special connection to the cross-state waterway

Rome was the site of the “first dig” on July 4, 1817, when ground was broken for what would become the second longest canal in the world. Stretching from Albany to Buffalo, the Erie Canal helped position New York state as the commercial center of the nation and opened a critical gateway for America’s westward expansion.

To commemorate the bicentennial, Rome engaged in a year-long series of events that included the annual Honor America Days and Locktoberfest celebrations, at which the new Rome Navigation Center was dedicated and the former General Cable water tower was lit for the public.

The Community Foundation helped support the tower illumination project through a $5,000 grant to the Rome Area Chamber of Commerce for the purchase and installation of programmable LED fixtures and luminaires.

Visible from land and water, the illuminated tower and Navigation Center are a beacon to boaters, residents and visitors, signaling the myriad waterfront amenities offered at Bellamy Harbor.

Ten years in the making, the illumination culminates the site’s transformation from a former brownfield area into a canal-side tourism destination.

Just as the city’s expansion flowed from the canal in 1817, the tower wields the torch of progress, foretelling what can be achieved by capitalizing on history to light a new way forward.