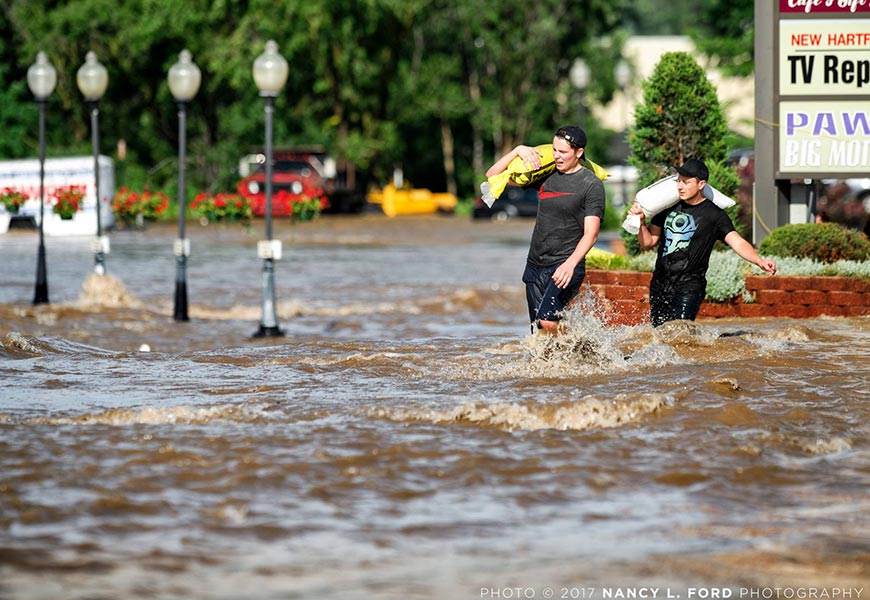 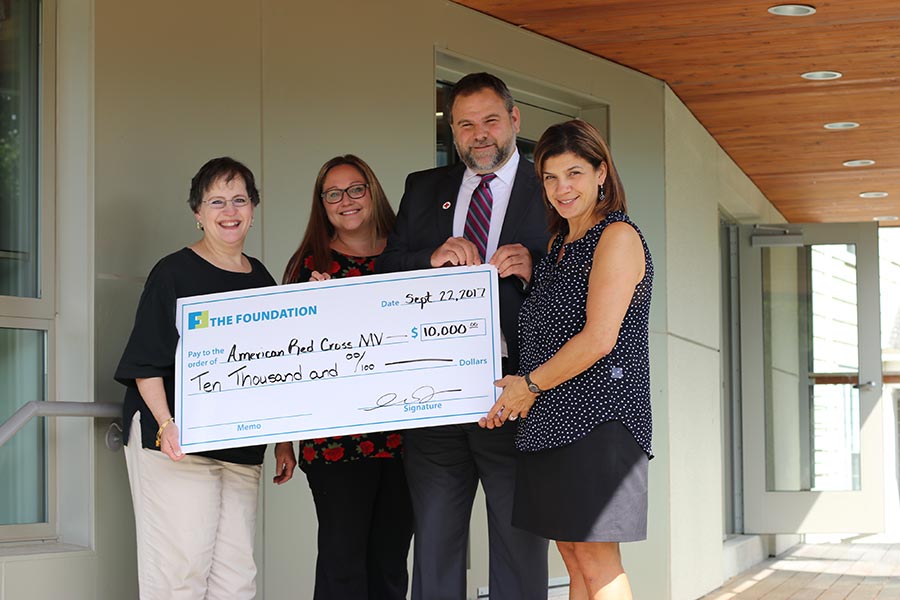 The devastation caused by flooding lasts months—sometimes even years—after the rain stops falling. Thousands in our region were impacted as record rainfall inundated local waterways in early July. First responders and local officials worked around the clock, providing immediate relief in the form of food and safe shelter. As the waters receded, the focus shifted to recovery and remediation.

Oneida County Executive Anthony J. Picente, Jr. committed to $2.75 million to recovery efforts, including $250,000 in direct assistance to individuals. The Sauquoit Valley Foundation and Sauquoit Valley Optimistic Club also committed funds, as well as the Village of Whitesboro with a promise to allocate up to $125,000. The Community Foundation took the lead in coordinating the intake process for requests, forming the Unmet Needs Program. Led by a committee consisting of representatives from The Community Foundation, Catholic Charities Oneida/Madison County, Mohawk Valley Housing and Homeless Coalition, the United Way of the Valley and Greater Utica Area’s 211 Mid-York and Oneida County, the Unmet Needs Program has received more than 240 inquiries for assistance. As of late October, the committee has awarded nearly $170,000 to 106 families, with another 56 households eligible for funding pending additional information.

In addition to leading this program, The Community Foundation also partnered with National Grid to reimburse homeowners for the utility inspection needed to restore power to flooded homes. The Community Foundation also matched donations made to the Mohawk Valley Chapter of the American Red Cross that were designated to relief efforts, helping the chapter to raise more than $49,750 in total.

“In the wake of this summer’s flooding, our community’s strength and solidarity shined through as neighbors helped one another,” said Alicia Dicks, president/CEO of The Community Foundation. “Should our community face a challenge of this nature again, I am confident that the recovery model created and implemented by The Community Foundation will help to expedite support and assistance to all those affected.”