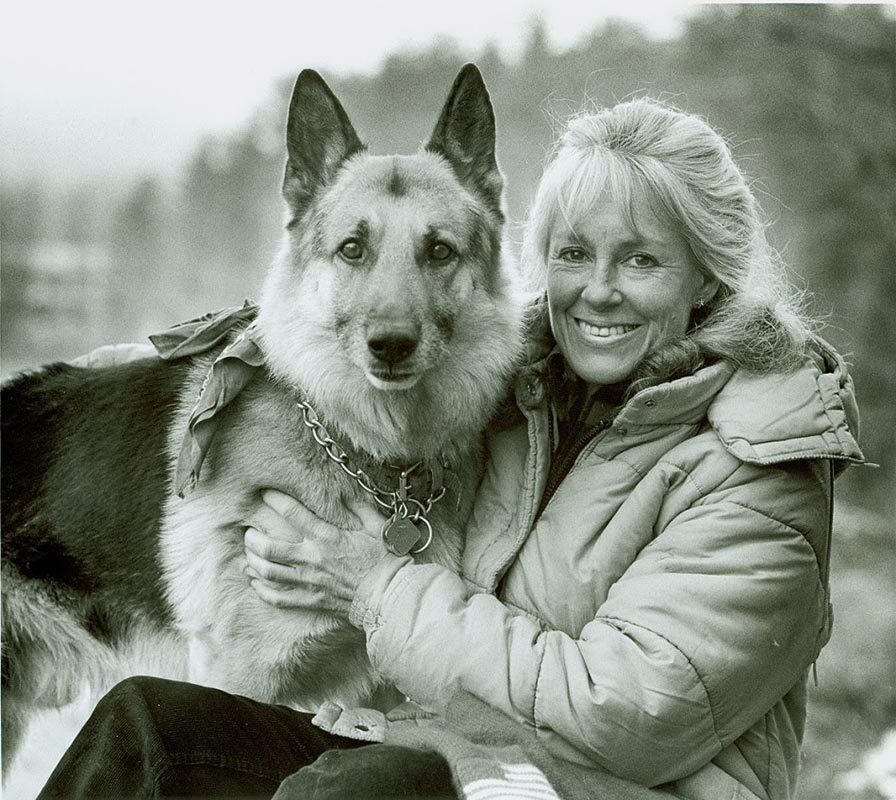 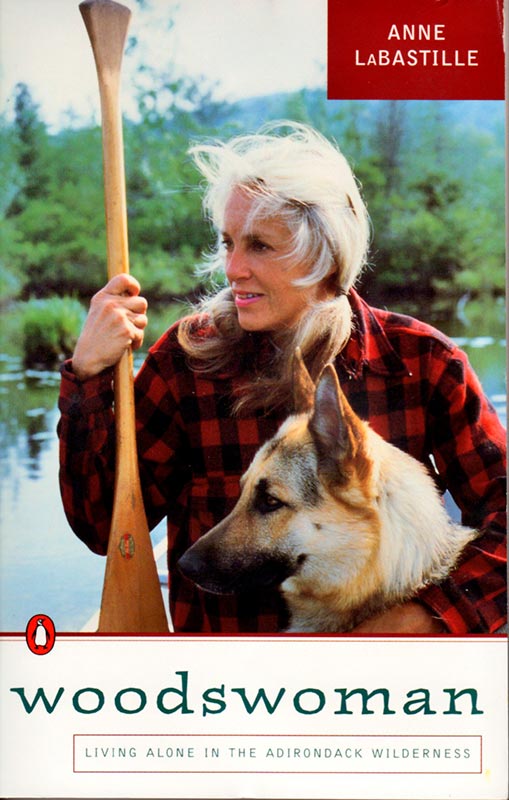 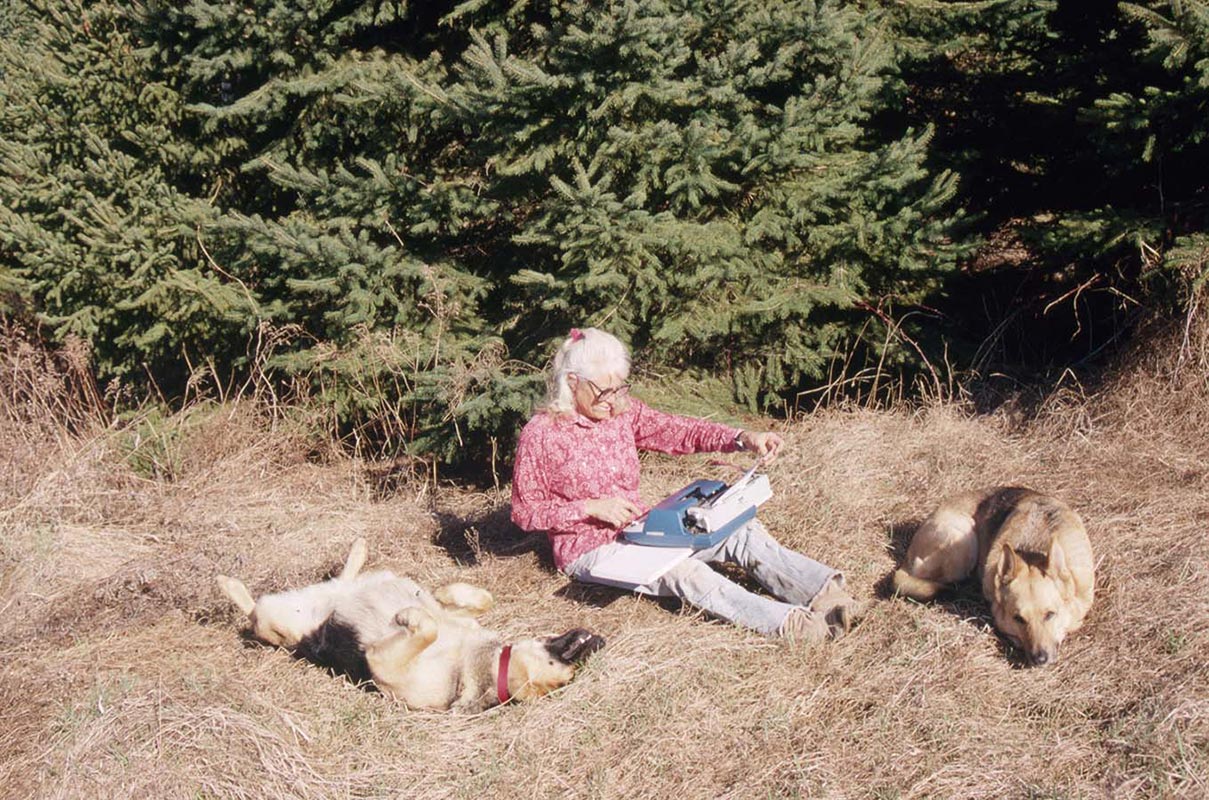 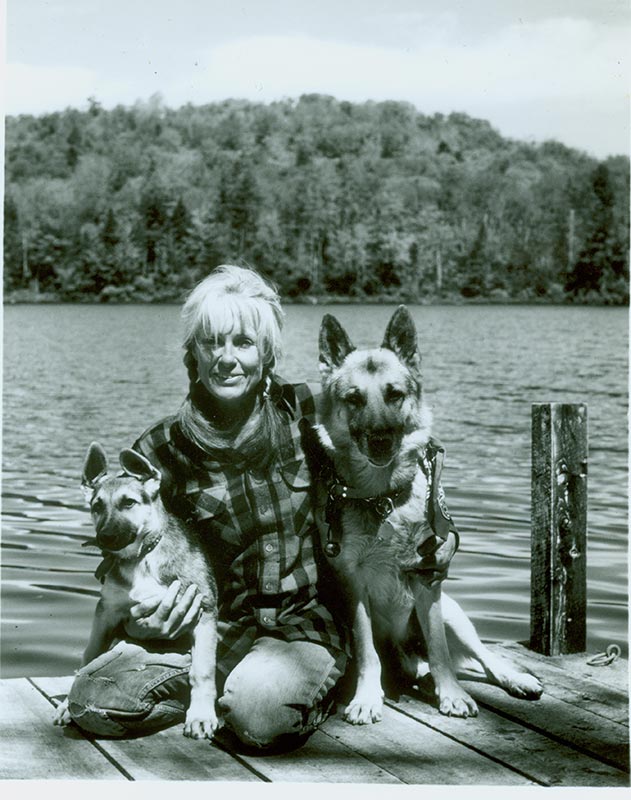 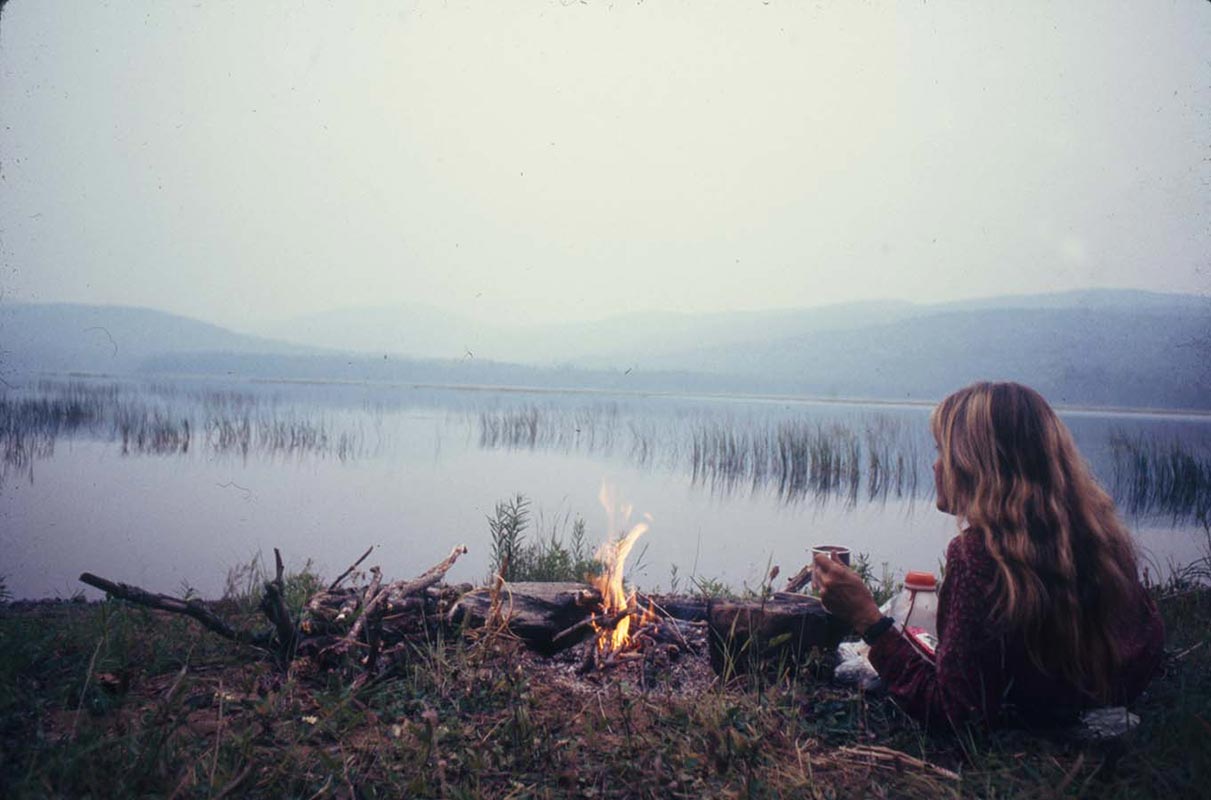 Anne LaBastille, award-winning author, impassioned conservationist and courageous advocate for the environment, spent much of her life writing and exploring, deep in the wilderness of the Adirondack Mountains.

LaBastille’s drive for independence lead to her discovery and love of the Adirondacks. Leaving school in Miami where she studied marine biology, she escaped to the woods for a summer job. Working as a guide by horse and trail, she learned the rugged terrain and honed her outdoor skills. She lived and breathed a lifestyle in pace with nature.

Experiencing this intact environment increased her passion to protect it. Taken with the idea of preserving the forest, from both an ecological and societal standpoint, LaBastille enrolled in the natural resource program at Cornell University. There she became the first female student to study wildlife ecology, later becoming Cornell’s first female professor of natural resources.

LaBastille built her name and reputation through environmental advocacy on issues such acid rain, climate change and the need for conservation long before they were widely accepted ideas. She authored over 150 popular articles and 25 scientific articles, emerging on the scene at the crossroads of the feminist and environmental movements.

In 1965, Anne purchased property on Twitchell Lake in the Western Adirondacks and built a log cabin named “West of the Wind.” Her home, only accessible by lake or trail, lacked modern amenities, provided peace and solitude as she concentrated on her writing. Surrounded by wild things, Anne retreated to the privacy of her rustic cabin, where she authored her best known, four-volume “Woodswoman” book series. In these memoirs, LaBastille documents her observations living alone in the remote wilderness and her profound connection to the environment.

Continuing to blaze a trail for women in conservation, LaBastille was appointed commissioner of the Adirondack Park Agency (APA)—the first female and first scientist to work for the agency. She’s credited with establishing an ecology committee and integrating scientific considerations into the APA’s decision-making.

Anne met long-time friend Leslie Surprenant on a cold winter’s night near Eagle Bay. Leslie, who was only 12-years-old at the time, had struck ice on her snowmobile, shattering the windshield. Miles ahead, LaBastille appeared at a crossroads in her beat up old pickup truck and invited the shivering Surprenant to warm up in the cab with her beloved German Shepard. Surprenant, now retired from an impressive career with the New York State Department of Environmental Conservation, always knew she wanted to work in the environmental field. Growing up not far from Anne’s cabin, Leslie had heard about the “Woodswoman’s” work and when she attended the College of Environmental Science and Forestry in Syracuse, she began writing letters to Anne. The pair kept in touch, Anne encouraging Leslie’s interest in the environment even during her busiest stretches of writing, traveling, consulting, lecturing and teaching.

After college, Leslie worked in Old Forge as a wilderness ranger patrolling 50,000 acres of wilderness by herself. The two friends crossed paths again; their friendship developing over the years through professional collaboration and as trail mates exploring the Adirondacks. Surprenant knew this was the friendship of “two rock-solid Adirondack-ers” but she never imagined she’d fall into step as the executrix of her good friend’s estate.

When Anne passed in 2011, her simple backwoods lifestyle allowed her the opportunity to give back. LaBastille’s wishes were documented in her will; she wanted to support female conservation students, make a meaningful contribution to writers, preserve her cabin and start a nonprofit foundation. As Surprenant sorted through the directives LaBastille left in her will, it became clear that she’d have to get creative to deliver the intent of Anne’s wishes. She quickly discovered creating a nonprofit foundation wouldn’t be feasible so she explored the benefits of having an established organization act as a conduit for the funds. From this, her partnership with The Community Foundation began.

Surprenant established the Anne LaBastille Memorial Fund for Writers to benefit the Adirondack Center for Writing through the initial estate investment and a royalty agreement from LaBastille’s intellectual properties. A second fund, the Anne LaBastille Pack Basket Fund for Writers, was also established. Creating the second fund allowed more flexibility to meet short-term needs, while allowing the original fund to grow overtime to meet Anne’s long-term goals. The Anne LaBastille Pack Basket Fund, named symbolically for “pack baskets” used by hikers on a trail, made it possible to allocate money to establish a writer’s residency.

Surprenant worked with The Adirondack Center for Writing in Saranac Lake to establish a permanent writer’s residency. Now in its fourth year, the well-known and competitive program receives applications from around the world. Six writers are chosen for the two-week residency at a lodge on Twitchell Lake, the site of Anne’s cabin. The program is a unique opportunity for writers of all genres to focus on their work and collaborate with other writers while exploring and reflecting on the beauty of the Adirondack wilderness that surrounds them.

LaBastille’s 32 acres along Twitchell Lake, near Big Moose, is adjoining to 50,000 acres of state wilderness that will be kept “forever wild” thanks to Surprenant’s diligence. Delivering on another of Anne’s wishes, to maintain and conserve her famous log cabin, Surprenant facilitated “West of the Wind’s” move to the Adirondack Experience Museum on Blue Mountain Lake. The cabin was reconstructed and is on exhibit along with a collection of Anne’s writings and rustic belongings. Surprenant was also instrumental in establishing an annual scholarship program for women in science at Cornell University.

Carrying out her duties as executrix wasn’t easy, but Leslie says she’s proud of what she accomplished.

“When Anne got her mind on something, no amount of persuasion could change her position; she was headstrong,” Surprenant said.

Surprenant believes she fulfilled Anne’s intent, but had to find ways to do it sustainably and that took time. The process was complicated but rewarding, and has gained insights she hopes others will benefit from.

“If you have the means to do so, get these things together while you’re still alive, so that you’re able to see the fruits of your vision and your effort,” said Surprenant. “One of the saddest things is that Anne didn’t get to see her legacy.”

In some ways, LaBastille foreshadowed her vision of an enduring legacy through her work, as described in the epilogue of Woodswoman Volume I:

“Sometimes I sit in my log cabin as in a cocoon, sheltered by swaying spruces from the outside world. From traffic, and noise, and liquor, and triangles, and pollution. Life seems to have no beginning and no ending. Only the steady expansion of trunk and root, the slow pileup of duff and debris, the lap of water before it becomes ice, the patter of raindrops before they turn to snowflakes. Then the chirp of a swallow winging over the lake reminds me that… there is always a new beginning.”