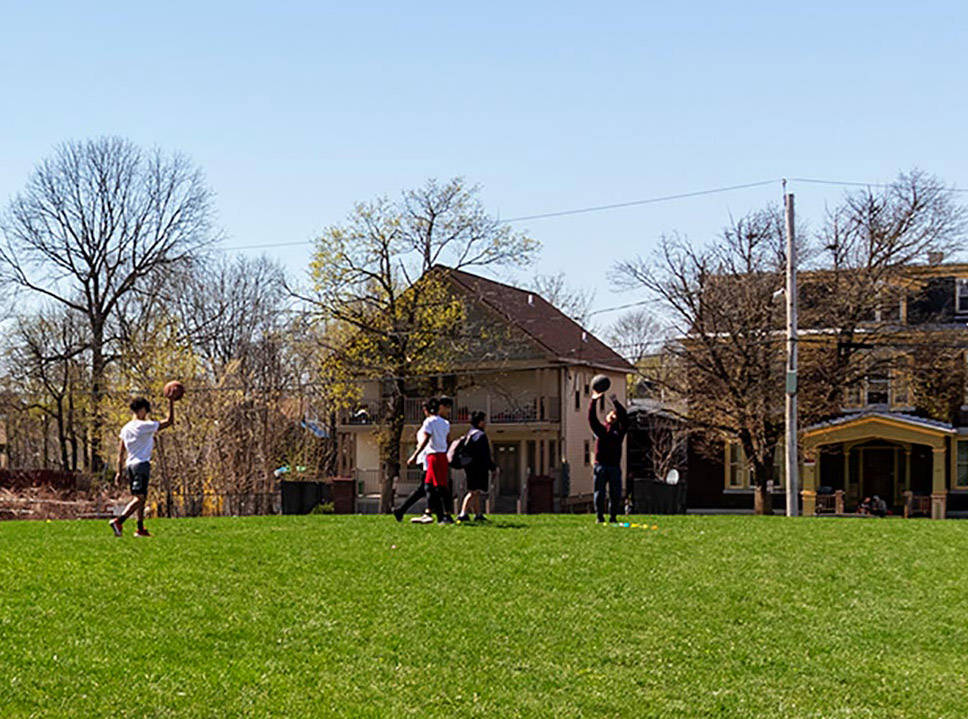 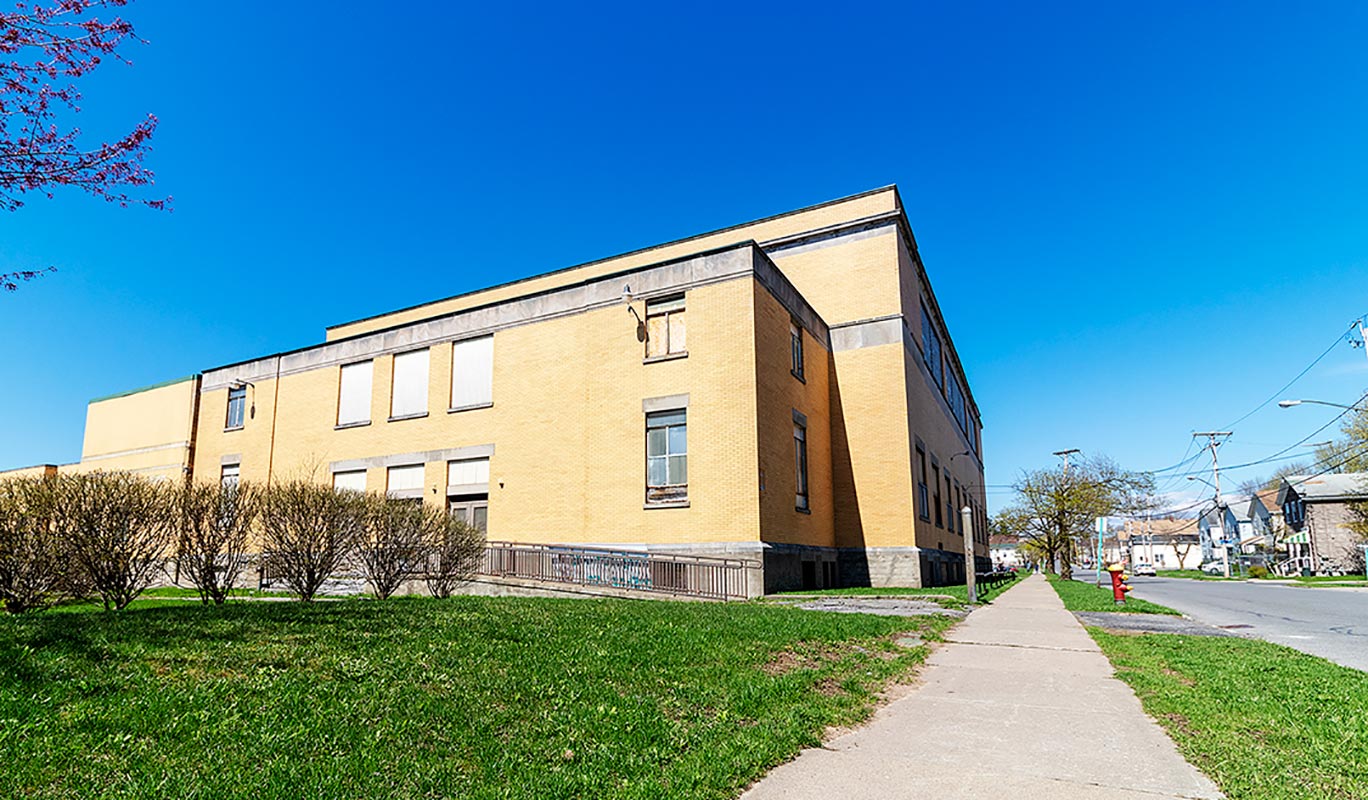 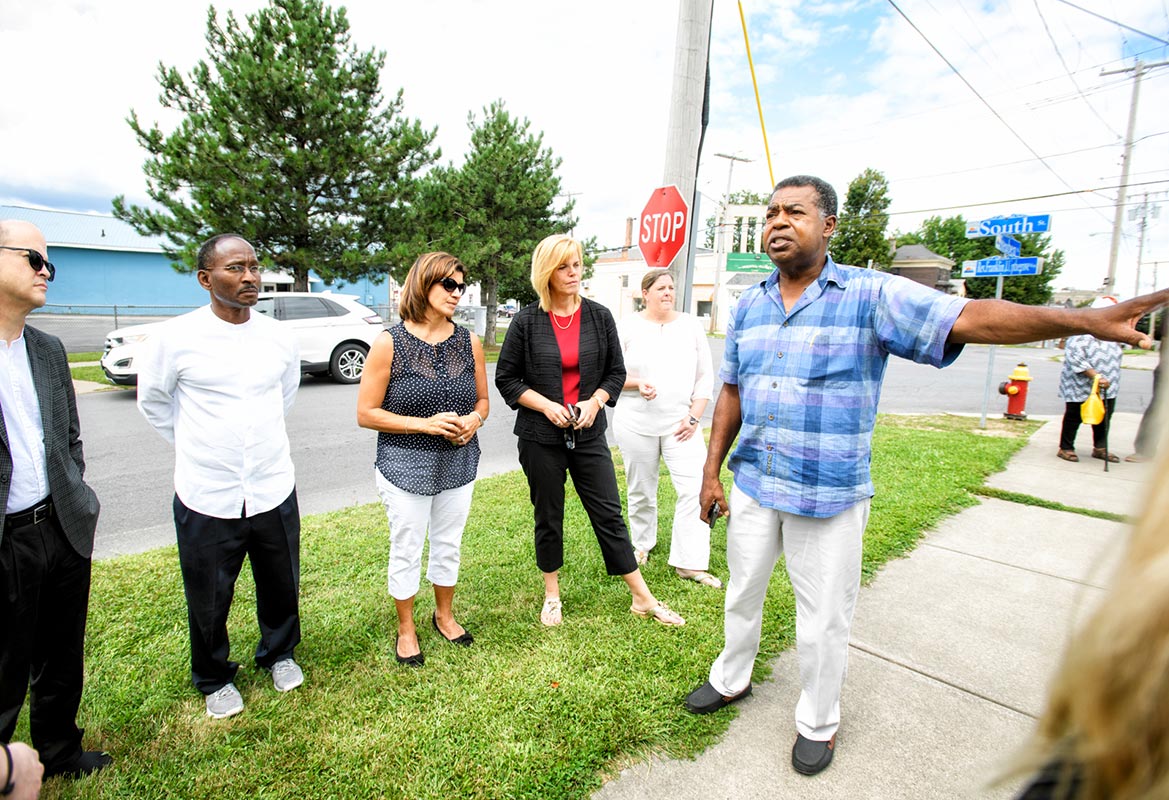 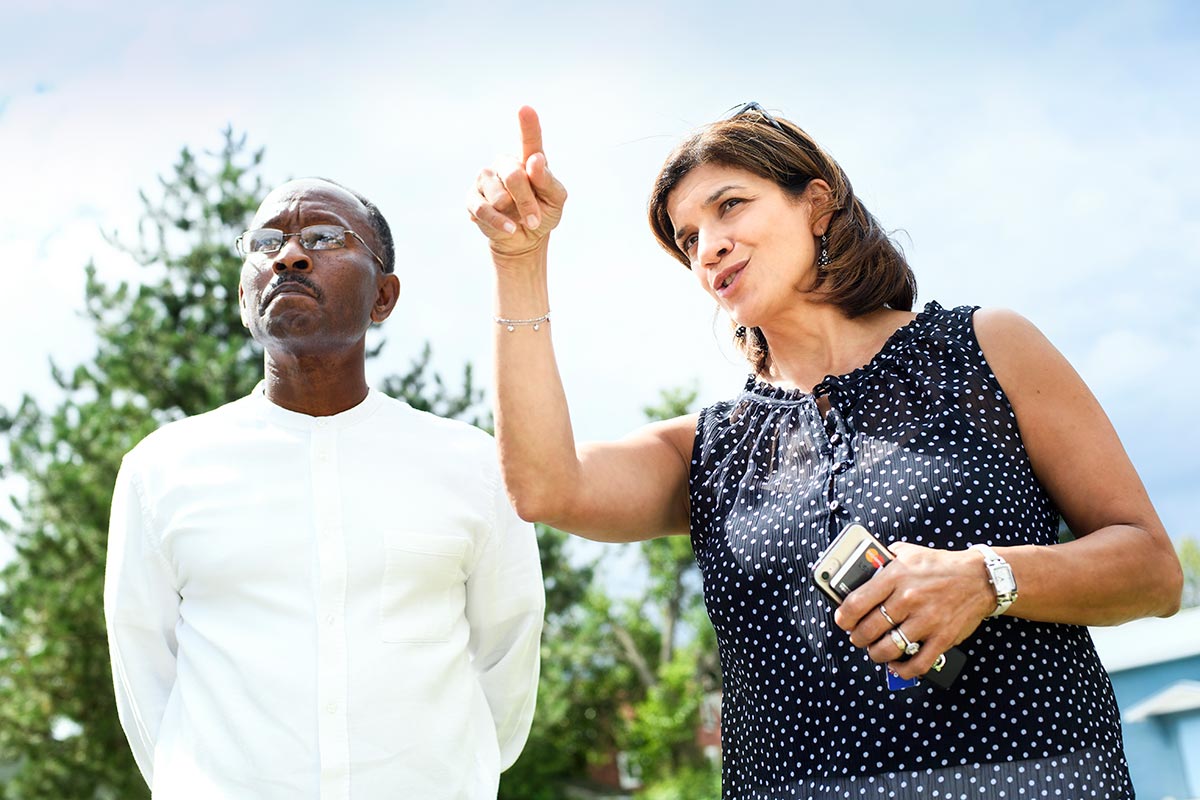 It’s a term that has dominated Community Foundation discussions for more than three years, as the Board of Trustees and staff moved from talking about a concept, to examining a potential reality. But for many, explaining the definition and the possibilities remains elusive.

What, then, is an impact center, generally, and what might such a center do for our community?

“I like to start any explanation with people in the community on this topic by asking: ‘Does everybody know what a community center is,’ and when heads begin to nod, I say: ‘Well, this is different,’” said Alicia Dicks, president/CEO of The Community Foundation. “For a lot of us, ‘community center’ in the past meant a place with recreational spaces—a gym, maybe a pool—and meeting rooms, but the impact center concept is much more than that.”

One of the reasons the concept is hard to describe definitively is the one-size-doesn’t-fit-all nature of impact center s. Since they’re tailored to meet the needs of specific communities and neighborhoods, their offerings vary widely. But as a concept, the impact center idea that The Community Foundation is exploring can be described as a multi-agency, multi-partner center that provides a range of services aimed at meeting the needs of a particular area, community or neighborhood.

“We began exploring this concept with our Trustees in 2016, and within a matter of months the discussion moved from generalities to some specific potential sites,” Dicks said. “The Board was intrigued by the idea of delivering services in a much more ‘impactful’ way than traditional grantmaking.”

Impact centers could benefit multiple communities across Herkimer and Oneida counties and The Community Foundation has been supporting several models in Sherrill, Old Forge and Herkimer, among others. In 2017, The Community Foundation collaborated with Herkimer County HealthNet in creating a feasibility study for an impact center in southern Herkimer County. During the same time, staff worked with the Town of Webb Health Center Fund to create a feasibility study for an impact center in the Town of Webb. Both studies showed high community interest in having a local impact center.

In Utica, Community Foundation Trustees and staff have made multiple visits to inner-city neighborhoods, walking the streets, talking with residents, elected officials, agency heads and advocates. As the largest population center in the two counties, Utica also presents the biggest challenges. As demonstrated by government and other source data, its Cornhill and West Utica neighborhoods— often described as “service deserts”—suffer from a full range of socioeconomic, housing, health and other societal ills.

“As we explored the concept through the lens of Utica, the idea that our first impact center could be a kind of pilot project for the area began to take hold,” Dicks said. “Success in the neighborhood of greatest need could provide a template for impact centers elsewhere in our two counties.”

After looking at several potential sites, The Community Foundation became aware in 2018 that the City of Utica had assumed ownership of part of the former Utica Free Academy (UFA). The prospect of returning a long-vacant building to life plus the structure’s great potential combined to move it to the top of the list.

“The vacant part of the old UFA is familiar to many in the neighborhood as the Cosmopolitan Center’s last location,” said Joe Wicks, Community Foundation special projects manager. “With three floors including a full gym, there’s plenty of space for an impact center, but the building has deteriorated somewhat since it fell into disuse.”

Encouraged by the former UFA’s potential, the Board of Trustees approved up to $100,000 to fund a feasibility study that will simultaneously explore the building’s physical challenges and limitations, as well as its suitability for an envisioned impact center, in partnership with the City of Utica and Oneida County. And the project’s next steps will be guided in great part by the feasibility study’s determinations.

“We’re excited, but we’re realistic,” Dicks said. “To make this happen, The Community Foundation is looking at leading a multiple-year commitment with many partners—city, county, neighborhood residents, nonprofits—we will lead this effort, but we’re not doing it alone. And that’s why we’re engaging with people who live near the building, as well as residents of the whole neighborhood. A successful impact center could help transform a part of the community, but only if residents feel like it’s their center.”